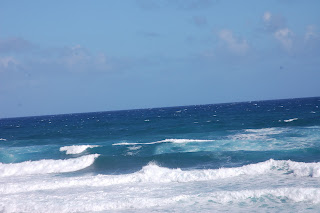 Tilted view of the blue surf off the east coast of Kaua'i, Christmas, 2011

On the 5th of April, I was riding a school bus to Portland with nineteen of my art students for a visit to the Portland Art Museum. It was a good trip and inspired me to prepare to make some changes in my life, one of which includes retirement...But, that isn't what this post is about, really.

It's about a story. On the way there﻿ I wrote two sentences: the first lines of a new tale: Eilidh was a witch. She had always known this, even as a child....

The words sat in my notebook for a few days, maybe even a week or more, before I typed them into Word. As stories go, I think it's probably my favorite so far, about a witch and an elf. Where it came from, I can't begin to say. From whence do any stories come?

Well, here's what happened: I started writing, and before too long I was building my characters, describing my two protagonists, Eilidh and Taliesin. She would have black hair and intense blue eyes, a Solitary; he:  ripe-barley hair, tall and thin, with golden-greenish eyes and a libido--but that's not the point either.

Back to the description: So I depicted them in words first, as I always do, and wrote some more, and then, in a moment of writer's block, I randomly searched the web for images so that I could draw them, because I like to know what my characters look like. It helps to solidify their personalities. So I typed in "guys with blonde hair." Here's the perfection I found: 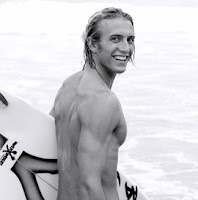 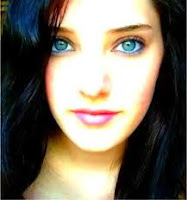 And this is probably Eilidh...


And so, I have around ninety pages now, a tale full of intrigue, betrayal, lust, war, love, death, and...sex.
Stay tuned--this one might actually get finished!