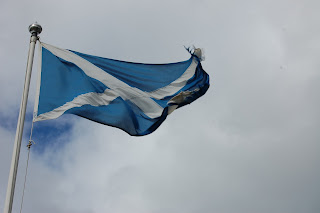 Free Scotland. Saor Alba. (Taken in Alba, summer 2010)
Below: Just an article to read that I found on Facebook. I thought I'd see if I had the technical skills to add it to a post, so here goes. It's a good piece--reasoned and intelligent--from the Belfast Telegraph.
It's time to get rid of English spongers! - Robert McNeill, Columnists - Belfasttelegraph.co.uk

Bruce at Bannockburn
Another good program to watch is the BBC Alba's story of Winnie Ewing, (in six-parts on youtube) http://www.youtube.com/watch?v=VaXMT_7wmXs ,which gives a good presentation of the SNP from its re-emergence in the 60s and 70s as the  tide of Scottish nationalism swelled and eventually led to a devolved Parliament, and finally, to the SNP's rise to power and the possibility of a free (restored) Scottish nation. No matter what happens in the referendum, the idea of independence for Scotland, and indeed, for Wales, Cornwall, Ireland (all of it), and Man--all the Celtic areas of modern Britain, is one that will never again be buried by those who espouse the "necessity and advantage" of an unholy Union.
Posted by Eilidh at 2:40 PM No comments: 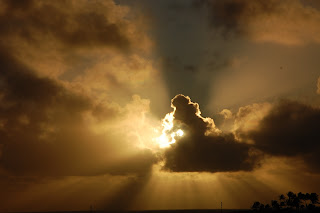 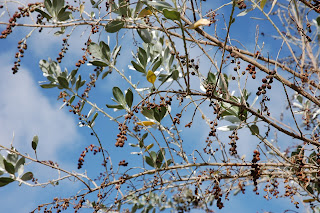 The Faerie Tree (inspiration for a story someday...) 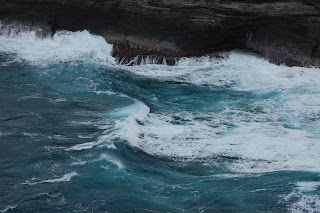 Boiling Blue Water at Kilauea Light House
I could not get enough of the ocean--just looking at it roll in, those curving turquoise breakers, endless, extravagant permutations of the simple wave. Kaua'i was astounding--columns of clouds, each lit with sunlight, and rainbows everywhere. I am not a water sort of person as far as playing in it, but I love looking at it﻿ and could look and look forever. I love rivers and streams, lochs and lakes and rills. I love the Tweed and the Marias, the Columbia and the Flathead, the Tay and the Avon (Abhainn). The North Atlantic and the Mediterranean and the Pacific. Water...because of what it does to light, and I love light most of all.
Posted by Eilidh at 10:56 PM No comments: 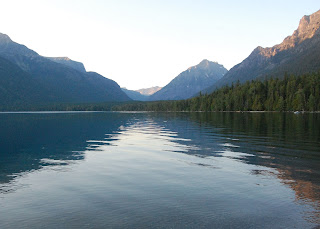 My Favorite Lake, Glacier Made 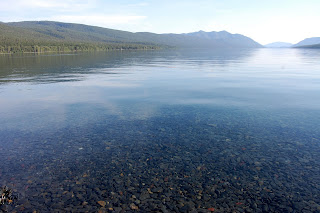 ...and again, clarity of water and reflection of sky 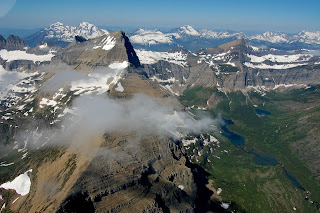 Nam Beantainn Ard
Just some reflections on reflections in this darkest time of year, when all is brown and cold and ugly, and no sunlight graces our days...time for resting, but there is no rest for the weary, and after the ice storm and days and days off, it's time to return to work once more. Once more with my armor on, once more unto the fray that is teaching. It was nice to have time to post a few things. And I am ten pages into my thirteen page paper--almost finished! Thank goodness for snow-days!
Posted by Eilidh at 8:21 PM No comments:

Pictures of Memory, the Memory of Trees

Eilean Donan, Light on the Water (Solus air an t-uisge)

Sheep skull on Leodhas
Just thinking about the summer of 2010 when we were there, in Scotland, and how I long to be there again, forever...aite mo ghaoil. Breath of my life, breath of my being... Thoughts on an icy day...dreams in the darkness.
Posted by Eilidh at 10:04 PM 2 comments:

Sitting at home in front of my computer, taking a break from writing a new-old story, taking a break from thinking about the sword of Damocles hanging over my head in the form of a 13-page paper I have to write that's due next week...and because I don't have enough to do, I am writing this. This may lead to some rather interesting conclusions about my working habits...

...So, my story takes place around 300 years in the future, after humans and other species have learned the art of space flight. Its main protagonist is a 36-year-old man named Dennis Gallagher--a black-haired, blue-eyed Irish-Scot who works as a linguist for the official interplanetary governmental law-enforcement/espionage agency. Forced early from his holiday on a tropical planet to work on a new case with agent Sofia Vega, a woman of mixed human-North Azanni blood who has silver hair and a Voice you wouldnt believe, the predictable love-loathing story unfolds. Dennis likes his desk-job, Sofia is all ice and fire, and together they must decipher the twisted nursery-rhyme messages that accompany a series of bombings on various planets in order to avert utter mayhem in the known galaxy at the hands of the KALI criminal organization. There's action, there's history, there's mystery, intrigue, and murder, and of course, intertextuality. And of course, despite some early difficulties, they fall in love.

It's all a ball of typical twigs...

(Though I have made some minor changes in plot, I sarted this story more than 30 years ago and its pretty much still the same story.)
Posted by Eilidh at 3:02 PM No comments:

Email ThisBlogThis!Share to TwitterShare to FacebookShare to Pinterest
Labels: Ennui

Thoughts, Connections, and the Scottish Thing 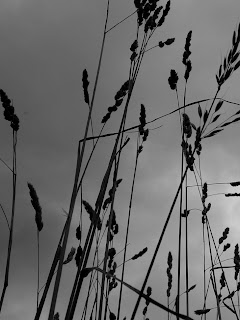 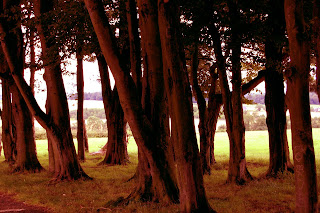 Red Trees at Bannockburn
﻿
The end of Scotland, and the beginning...
I heard a poem yesterday﻿ written and recited by the poet, Alan Bissett, called "Vote Britain"
Here it is, from his blog:
http://www.youtube.com/watch?feature=player_embedded&v=Z-znkbMzi4A
Injustice is wrong. Intolerance is too. In spite of the world being ugly, "Tha an saoghal fhathast àlainn." (The world is still beautiful) Sorely Maclean
That's all.
(Oh--and I figured out how to get my own pictures on here. I took these in Scotland in the summer of 2010.
Posted by Eilidh at 9:56 PM No comments:

Saor Alba Gu Brath! Freedom for Scotland in Our Lifetime? 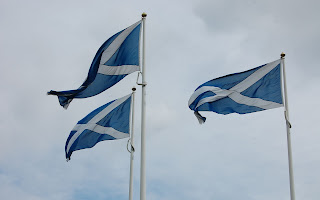 Brataichean na h-Alba air na Criochan
Finally! Finally, Scotland may be--WILL be able to determine her own course, after so many centuries as the thrall of England. It matters not the blood, for there is no pure anything anymore and never was. Robert de Brus was Anglo-Norman. William Wallace was a North Briton. What does matter is the sense of identity and self worth a people have. It's not who we are as much as what we believe.

For nearly all of my life, even as a kid, although I have perhaps three-eighths "Scottish" blood amid the Welsh and Scandanavian, I have identified myself as Scottish. Don't ask me why because I don't know. (It wasn't brainwashing from Dad either!!!)

It was only when I became an adult and began to study and understand just what it means to be Scottish--to "hae even a wee drap o' the bluid", diluted as it is by a hundred-sixty-one years and other bloodlines (most of them British in some way)--that I could see just how wrong the Union was.

Freedom for Scotland means much more than having a place to call home. It means restoration of a nation's sovereignty and independence. This is not secession from Great Britain or a divorce from the Union. There should never have been a marriage in the first place. It was a shotgun wedding, made under duress, and should be annuled, with reparations.

How will it end?

I remember how it began, this new movement, this confidence after so long beneath the thumb and contempt of England...

I just happened to be watching TV in 1999, the day the devolved Scottish Parliament opened, and I cried like a baby when Sheena Wellington sang Rabbie Burns' "A Man's a Man for A' That", and then to see everyone in the place stand and fill it with one of the greatest songs ever written! (I learned it as sung by the Corries, those great musical revolutionaries, one of whom wrote "Flower of Scotland")

Here's to a living, breathing, sovereign Scotland, a real nation again. Not without problems--freedom is a messy business. But the Scots have proven their mettle all around the world. Let them prove it at home, without England.


The following video lays to rest some of the fictions manufactured by those who wish to stay with the status quo.

http://www.youtube.com/watch?src_vid=iINm7mtg8BE&annotation_id=annotation_885265&feature=iv&v=5udgzGhkvT4
Posted by Eilidh at 8:36 PM No comments: