Preserve your memories...Old old photos of the Yellowstone area, Ekalaka, and Medicine Rocks

﻿By way of explanation then...When my father died in 1987, I inherited a number of old photographs of the Yellowstone area, many undoubtedly shot by my grandfather, Fred Weatherson, whom I never met. Apparently he was quite a photo buff in the 1920s. My dad was born in 1926 and Fred died when my dad was two, so I am assuming these were taken in the 1920s. If I have this wrong, someone who knows better will undoubtedly correct me.
There are also photos of cow camps, real cowboys, cattle, and fishing, as well as shots of daily life along the Stillwater River near Columbus, Montana, where my dad's family farmed, and presumably ranched.
I've had these in a drawer for a long time, unable to figure out how to preserve them. I thought I'd start scanning and filing them digitally. Having made a small beginning, I plan to post more as I have them recorded. They are a treasure, although many are deteriorated from the glue used to stick them into the album from which they were taken. I received them loose, and the majority have nothing written on them to identify exactly where and when they were taken. It's a sweet mystery...
Of course, the ones of Ekalaka and the Medicine Rocks were taken later, in the 1950s I believe. Enjoy, and if anyone has ideas regarding the identity of some of these places, please feel free to post a comment or two.
﻿ 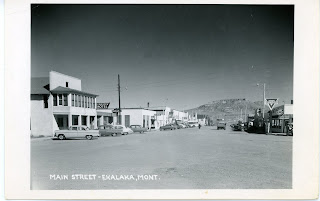 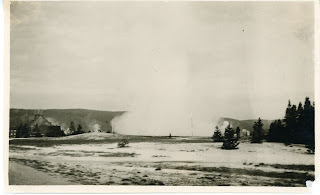 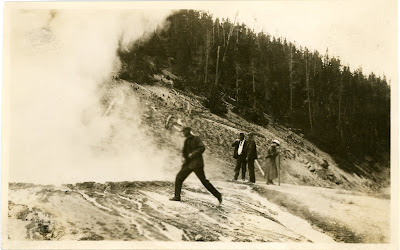 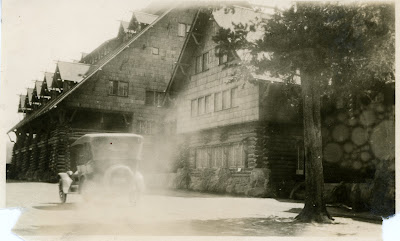 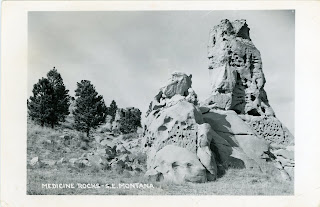 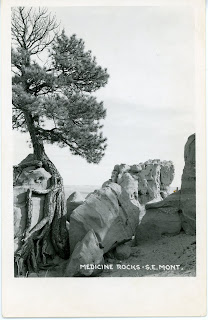 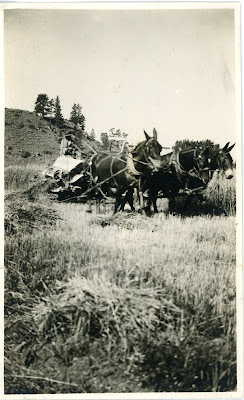 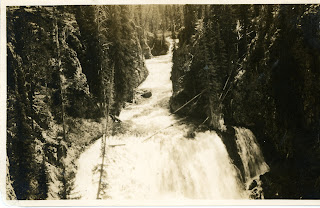 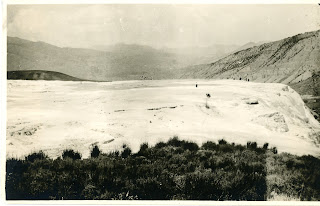 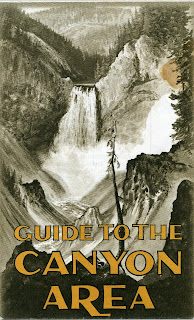 Way cool Gig! I'm so glad that I'm getting to see them. :) I don't even remember seeing all these photos when we went to help Irene sort through Dad's stuff--weird the stuff we remember and the stuff we don't, huh?

I think maybe Dad gave them to me before he died, now that I'm remembering. Or else they were in with all his poetry and papers. I can't remember now. I do understand that they were once in an album and had been ripped out. I have tons of them and plan to keep scanning them. I'm glad you're enjoying these, Mr. Wig ;o)