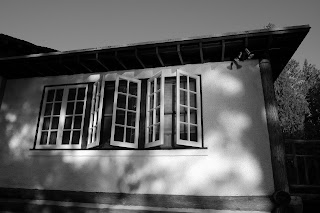 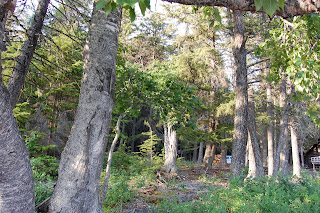 Trees at Lake McDonald
Just a couple of photos for a bit of a change. I've been slamming at work and have meetings every night this week, wishing I could retire someday because I'm old and I'm tired. (can you tell it's near the end of the school year?)﻿ I'm sharing a bunch of random thoughts through a haze of exhaustion so forgive me for not being my usual self, whoever that is.
We are now plotting our trajectory into the state of Montana for a week this summer. I think we'll be staying in Coram, provided we aren't too late making reservations. Just wanna be home, where there's peace and silence and mountains. It was necessity, not choice that brought me to Oregon all those years ago. I like my life, but it's not the same sky that the moon sails through.
The Scottish Gaels have a name for this kind of feeling: cianalas. longing, homesickness....
We may visit my son in the Bozone, and my sister in Butte, and perhaps my other sister on the ranch near Willsall between the Bridgers and the Crazies. Or we may do what I want and that's nothing at all, except to follow our hood ornament and go. I'll be doing research for my story (357 pages now).
In other news, we went out to a sheep ranch in the boonies the other evening for a lamb dinner and party. The couple who own the ranch are from Montana. They have about a gazillion sheep, and a cattle ranch near Big Timber. Of course the boonies in Oregon are much different than the boonies in Montana. Here in Oregon nothing's that far away from anything else, except maybe in the south-eastern part of the state in Malheur County. It was enjoyable, the food was good, prepared in foil under hot rocks and a huge pile of dirt by a crew of Peruvian sheepherders that work on the ranch. The company was excellent and we were entertained by some Irish songs (and one Scottish one!) provided by a group called the Irish Singers. A friend of ours sings and plays guitar in this outfit, although the fiddle player was sadly missing that evening: Danny Emmert, a National Fiddle Champion from Pendleton.
The stars when we left the sheep ranch were a bit like the ones in Montana, but not the same. Never the same. Nothing is the same, not the silence, not the sun, not even the air.
I have reverse-altitude sickness. There is such a thing, actually. I grew up at around 3800 feet, so a Montana fix is in the offing. I can't wait to go home. I'd just as soon stay there forever.
Posted by Eilidh at 10:43 PM

I've been doing a lot of looking at pictures of the sweetgrass hills online. :) Spring and right before harvest are when I miss it most. And when it rains incessantly here...

I remember going to the old gold-mining ghost town there and digging for stuff. We saw a dead golden eagle on the way back. Dad thought it had been shot. I was in shock for days after it.

I love your latest drawings, btw. I haven't practiced at all.